By 1518 Guldiners were popping up everywhere in central Europe. In Bohemia, a part of the Holy Roman Empire then controlled by the Jagellonian monarchs, a Guldiner was minted—of similar physical size but slightly less fineness—that was named the Joachimsthaler from the silver mined by the Counts of Schlick at a rich source near Joachimsthal (St. Joachim's Valley, Czech: Jáchymov) (now in the Czech Republic) where Thal (Tal) means "valley" in German. 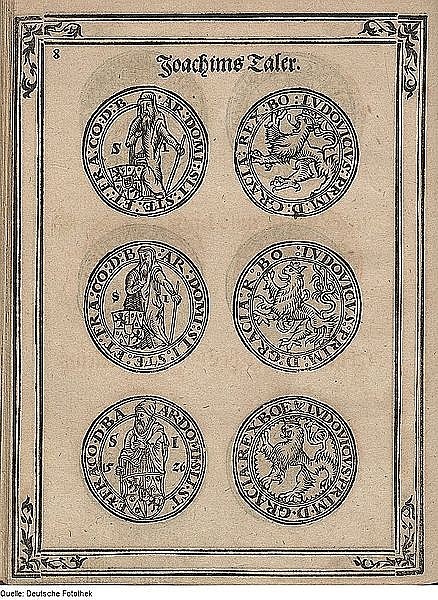