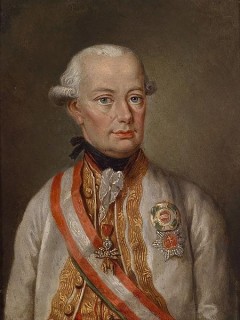 The third son of the Habsburg Maria Theresa and the emperor Francis I, Leopold succeeded his father as duke of Tuscany when his eldest brother became emperor as Joseph II in 1765. Like Joseph, Leopold was influenced by the ideas of the Enlightenment and was determined to construct an efficient state apparatus at the expense of feudal interests. During his 25-year reign over the Grand Duchy of Tuscany, he rationalized his states’ taxation and tariff systems and encouraged the development of representative institutions.

After Joseph II died in February 1790, Leopold was elected emperor (and also became king of Hungary and archduke of Austria). Although he dismantled some of the centralized state machinery that Joseph had set up in the Habsburg domains, he kept in force Joseph’s decrees that emancipated the peasantry and granted increased religious liberty to non-Catholics. At first Leopold reacted cautiously to the explosive situation created in Europe by the French Revolution. In August 1791, however, he joined with the Prussians in issuing the Declaration of Pillnitz, appealing to the European sovereigns to use force to assure the maintenance of monarchical government in France. Austria and Prussia concluded a defensive alliance in February 1792, but Leopold died less than two months before France declared war on Austria.