The zenith of Thaler minting occurred in the late 16th and 17th centuries with the so-called "multiple Thalers", often called Lösers in Germany. The first were minted in Brunswick, and indeed the majority were struck there. Some of these coins reached colossal size, as much as sixteen normal thalers. The original reason for minting these colossal coins, some of which exceeded a full pound (over 450g) of silver and being over 12 cm in diameter, is uncertain. The name "löser" most likely was derived from a large gold coin minted in Hamburg called the Portugalöser, worth 10 ducats. Some of the silver löser reached this value, but not all. Eventually the term was applied to numerous similar coins worth more than a single Thaler. These coins are very rare, the larger ones often costing tens of thousands of dollars, and are highly sought after by serious collectors of Thalers. Few circulated in any real sense so they often remain in well-preserved condition. 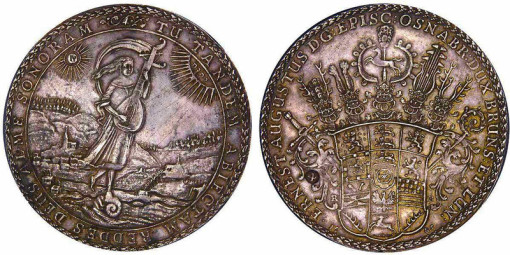 In 1837, the Prussian thaler became part of a currency union which set the value of the southern German gulden at 1.75 per thaler. By 1850, nearly all German states used this standard of Thaler, though with differing subdivisions.

In 1857, the Vereinsthaler was adopted by most German states as well as in the Habsburg Empire. Vereinsthalers were issued until 1871 in Germany and 1867 in Austria. Within the new German Empire, vereinsthaler coins circulated as 3-mark pieces until 1908 when they were withdrawn and demonetized. Some old countermarked thalers circulated as emergency coinage in Germany during the inflationary period following its defeat in World War One. The Maria Theresa thaler was still used during the 20th century in Ethiopia and throughout much of the Arab Peninsula. 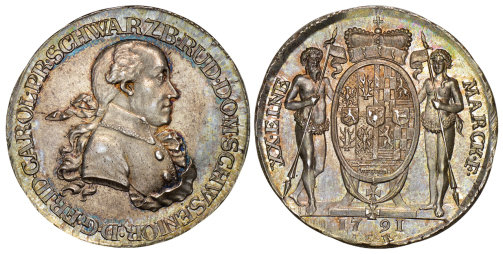 The Thaler was introduced and became the most widespread currency in Scandinavia under the name daler during the early 17th century. Various daler circulated, including the Danish rigsdaler, the Swedish riksdaler and the Norwegian speciedaler. These daler circulated in Denmark and Sweden until 1873 when they were replaced by the Danish krone and Swedish krona, the new currencies introduced by the Scandinavian Monetary Union. Norway joined the Monetary Union and introduced the Norwegian krone in 1876.

As silver flooded into the European economy from domestic and overseas sources, Thalers and Thaler-sized coins were minted all over with equivalent coins such as the crown, daalder from which the English word "dollar" is derived, krona, and from 1497, the Spanish eight real coin was minted—a coin which would later become known in some parts of the world as the peso. Indeed, in England the word "dollar" was in use for the Thaler for 200 years before the issue of the United States dollar, and until the half crown ceased to be used following decimalisation in 1971, the term "half a dollar" could be heard for "half a crown". In Switzerland and Germany, coins were minted to commemorate the Schützenfest {Shooting Festival}. These are commonly known as "Shooting thalers". 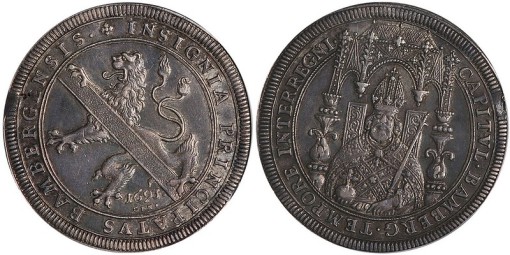 No currency currently in circulation is named thaler. Several, however, are acknowledging its legacy with their names: twenty-three currencies named "dollar", used in countries including Australia, Canada, Hong Kong, New Zealand and United States of America, as well as tolar (slovene for thaler), used in Slovenia until the end of 2006. Between 1992 and 1995, Belarus planned to introduce Belarusian taler as a national currency.

The Birr, the official currency of Ethiopia and Eritrea, takes its name from the local name for thaler, as well as the riyal of many Arabian countries.

In colloquial German, "Thaler" persisted with the meaning of "three Marks" until the 1930s, as when the Mark system was introduced in 1871, 1 Vereinsthaler was revalued at 3 Marks.