1590. Austria. Rudolph II (1576-1612) "Three Emperors" Taler. Joachimsthal or Prague Mint. Dav-8105 (under Archduke Ferdinand as Hall mint), Voglhuber-86 (same), Markl-1953, Moser-Tursky-Unl., Donebauer-Unl., Dietiker-Unl., Halacka-Type 1. Paul Hoffman (?) as mintmaster. Among the earliest emissions from this highly sought-after series-firmly attributable to the reign of Rudolf II-this offering expresses an attractive antique appearance coupled with splendid eye appeal. While light circulation wear exists atop the highpoints, in-line with the assigned designation, a wonderful clarity of detail is expressed throughout-from the finer points of the emperors' hair and beards, down to the Orders of the Golden Fleece-with a flan that beautifully mixes age-old, dove-gray tone with shades of sky-blue. Presently the single finest certified example at NGC by 13 grade points, with none yet seen by PCGS, collectors could hardly hope for a more fitting representative of the type. NGC AU-58.

Traditionally assigned to the mint of Hall under the reign of Ferdinand as Archduke, Halacka (1987) has reassigned the issue to Rudolf II at Joachimsthal, though Prague is also a likely candidate. As Hall only produced coins from roller dies at this time, it can be ruled out with no uncertainty as the minting location. 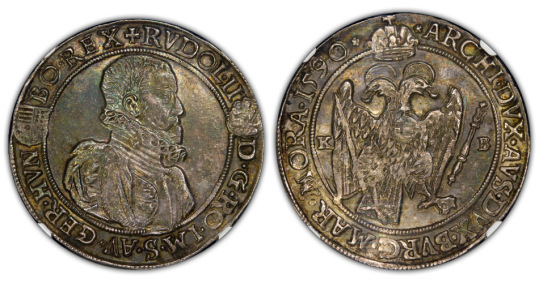 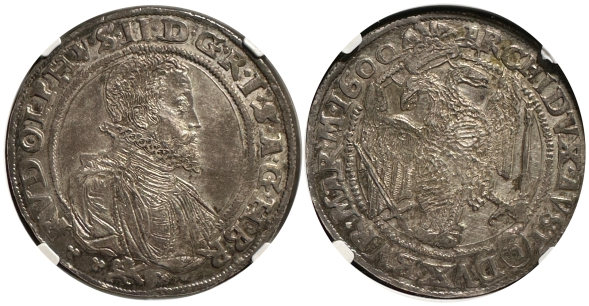 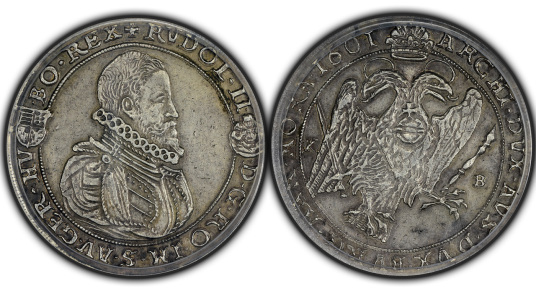 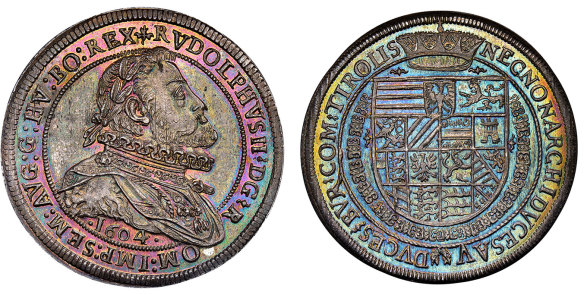 1604. Rudolf II Taler, Hall mint, KM-25, DAV-3005. An incredible selection from start to finish, and one that demands total attention from the viewer at every turn. The surfaces are immaculate, but even better than that, they are drenched in a dramatic mélange of color--the obverse glows with magenta iridescence that envelopes the entirety of the legend and brightens the intricate portrait of Rudolf II, while the reverse glows with turquoise centers and a golden halo at the rims. The illustrations have benefitted from a precise strike, leaving the highest points incredibly crisp. Given the coveted "star" hallmark for outstanding appeal, and rightly so, as this coin easily bests any example previously offered, and is likely among the finest survivors of the type. NGC MS-67★ 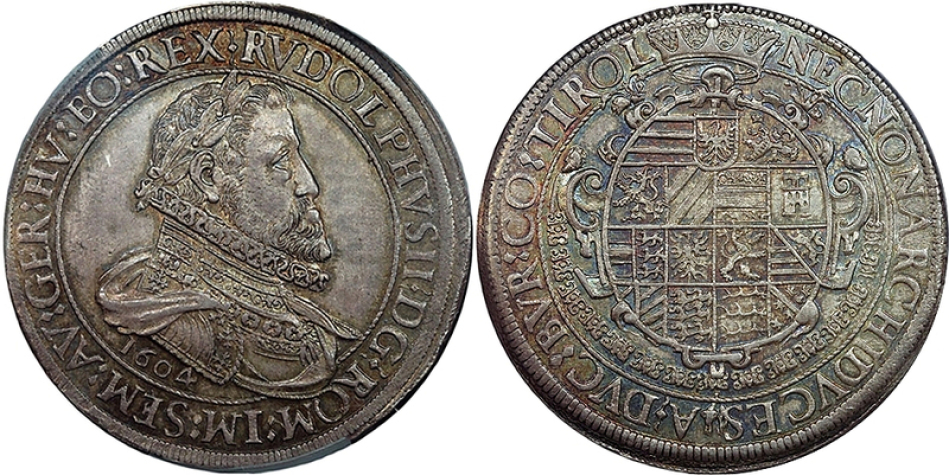 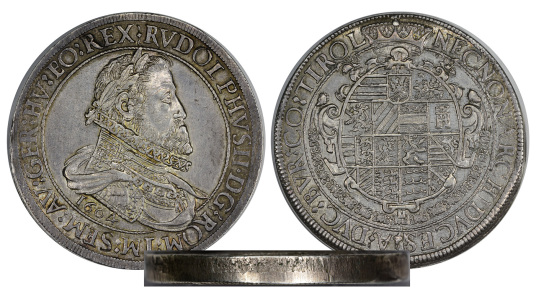 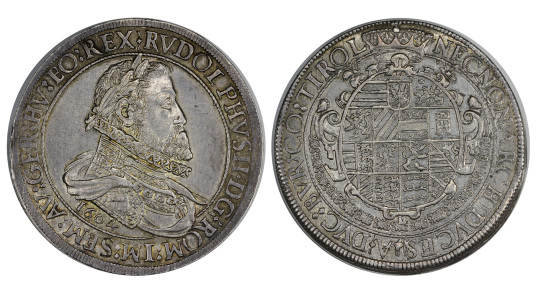