The princes of Transylvania were sandwiched between the Ottoman Empire to the south and the Hapsburg dominions to the west and attempted to maintain independence from both. The Hapsburgs reconquered Hungary from the Turks in the 1680's and ended Transylvanian autonomy. 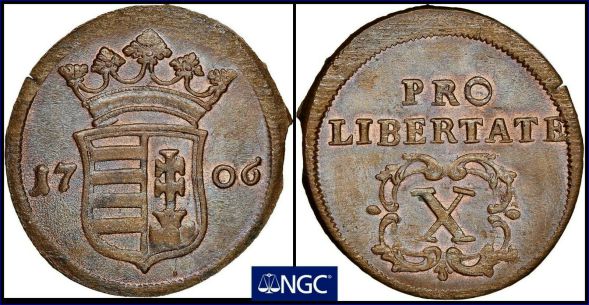 Rákóczi’s War for Independence (1703–1711) was the first significant freedom fight in Hungary against absolutist Habsburg rule. It was fought by a group of noblemen, wealthy and high-ranking progressives who wanted to put an end to the inequality of power relations, led by Francis II Rákóczi (II. Rákóczi Ferenc in Hungarian). Its main aims were to protect the rights of the different social orders, and to ensure the economical and social development of the country. Due to the adverse balance of forces, the political situation in Europe and internal conflicts the freedom fight was eventually suppressed, but it succeeded in keeping Hungary from becoming an integral part of the Habsburg Empire, and its constitution was kept, even though it was only a formality.

Ferenc (Francis) II Rákóczi (March 27, 1676 – April 8, 1735) was the leader of the Hungarian uprising against the Habsburgs in 1703-11 as the prince (fejedelem) of the Estates Confederated for Liberty of the Kingdom of Hungary. He was also Prince of Transylvania, an Imperial Prince, and a member of the Order of the Golden Fleece. Today he is considered a national hero in Hungary. He was born in Borsi, Royal Hungary and died in Rodosto, Ottoman Empire. 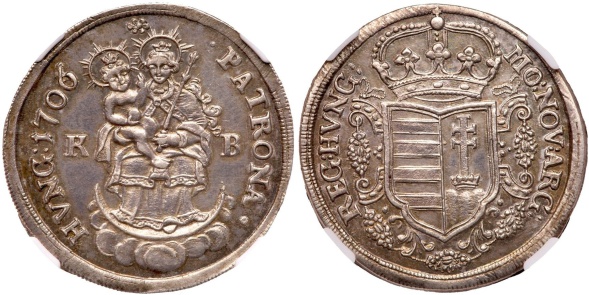 1715/3. Charles VI (1711-1740) Taler. DAV-1101. Transylvania. Siebenbürgen Mint. One of the scarcest pieces in the collection. Seldom seen in auctions and only graded mint state piece by either grading service. Beautiful toning over remaining luster. 1715/3 Overdate. A centerpiece of the collection. ﻿ NGC MS-62.