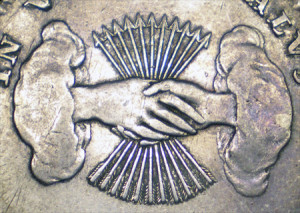 The United States of Belgium was a short lived confederation of eleven states in the Southern Netherlands which formed in early January 1790 as a result of a general revolt against the the Holy Roman Empire under the rule of Joseph II.

Joseph II of the house of Habsburg-Lorraine was little more than a silent junior partner when he succeeded his father, Francis I, as Holy Roman Emperor in 1765. His mother, Maria-Theresa of Austria, continued to be the true head of state as she was under his fathers rule. Upon his mothers death in 1780 he became sole ruler. He immediately began to issue waves of sweeping state, religious, and social reforms.

Joseph was a reformer who looked to secularize education and open it to greater numbers of the populace. He took steps to diminish the role of the clergy in state affairs. He reclaimed church lands and granted greater religious freedoms under the Patent of Tolerance of 1781. He took steps to unify the imperial states through bureaucratic reorganization and standardization of language and law. He abolished the death penalty and sought to end serfdom. These actions were generally seen as flawed attempts at a grand experiment in enlightened rule.

He stepped on many toes on his path to enlightenment and in the end his sweeping reforms managed only to cause further disunity. Increasingly discontent with successive waves of imperial reforms, some of the states openly rebelled or looked to secede. The Austrian Netherlands rioted after their protests and concerns were all but ignored. Riots turned to revolt and eventually a revolutionary militia was formed to resist imperial attempts to regain control.

Both liberal and conservatives entered into a loose alliance with the church to form a 'committee of national liberation'. At the center of the movement was the conservative lawyer Hendrik Van der Noot who opposed the emperors reforms from day one. Joining him was an unlikely ally, liberal lawyer Jean-François Vonck. Vonck initially approved of the reforms but eventually joined with the opposition over the haphazard way in which the reforms were enacted. The former faction was known as the Statists, the later was known as the Vonckists. Revolutionaries under Van der Noot raised a small force and invaded Brabant defeating Austrian forces at the Battle of Turnhout in October of 1789. Thus began the Brabant Revolution in earnest.

The empire was in turmoil. Joseph was rendered powerless to direct the affairs of state and military. He was labeled a heretic by the catholic church for championing religious tolerance. His health was failing and he soon found he had been abandoned by most family and friends and his directives were increasingly ignored. The Empire's central power structure was weakened and at odds, it was ill prepared to immediately and effectively counter the spreading revolutions.

By November of 1789 Austrian troops had withdrawn to their strongholds in Luxemburg and Antwerp, fleeing the advancing revolutionary troops and general anarchy. Van der Noot declared Brabant independant and soon after the other provinces of the Austrian Netherlands followed suit. On the strength of their early successes, the now free states formally unified on January 11, 1790 forming the Verenigde Nederlandse Staten (Dutch) / États-Belgiques-Unis (French) / The United States of Belgium (English).

The Emperor Joseph, broken and virtually powerless, died on February 20, 1790. He left to Leopold II, his brother and sucessor, an almost completely disrupted state. He asked that his epitaph read: "Here lies Joseph II, who failed in all he undertook." Leopold and his brother were close and shared many of the same views. Like Joseph he was a reformer, a ruler from the school of Enlightened Despotism. Unlike his brother he was more moderate and less rash in his actions.

Leopold recognized Joseph's fatal flaws and distanced himself from his unpopular brother. Once in power he set to the daunting task of returning order to the empire. He worked to heal relations with other nations that had soured under his brother rule. He repealed many of his brothers reforms and quickly moved to put and end to the general revolt and recapture former imperial holdings in the Southern Netherlands.

Knowing the Austrians would return, Van der Noot and the different factions in the new Belgian state worked to establish a functioning government. They established a governing body known as the Sovereign Congress and sought further legitimacy by gaining recognition of their new state by other nations. World recognition did not come, nor did unity for the fledgling nation. The factions that had joined against a common foe were, in essence, radically different in their politics. Once the common foe was no longer an imminent threat, those factions began to fight amongst themselves. The conservative Statists and progressive Vonckists factions were in constant conflict, bordering on civil war.

Imperial troops marched into the Austrian Netherlands and took the city of Namur on October 24, 1790. Two days later, the province of West Flanders also submitted. Constant fighting between conservatives and progressives, the lack of unity, the lack of direction, and the lack of international confidence in the endeavor proved fatal for the new republic. By December of 1790, Leopold had fully regained the territory and the United States of Belgium was no more.

The United States of Belgium did not last a full year but the Brabant Revolution had long-lasting repercussions. The internal discord between the supporters Van der Noot and Vonck continued and was, in many ways, the basis of the two political movements that would dominate future Belgian politics. Forty years later the Southern Netherlands achieved independence and created the modern state of Belgium.