A political entity in Western Europe from 800 to 1806. The Empire was in theory a revival of the Western Roman Empire—the political counterpart of the Roman Catholic Church. It was initially known as the Empire in the West. Before 1815, there was no state called Germany, in the sense we now use. There was the Holy Roman Empire, with a ruler called (officially in Latin) the Roman Emperor and which claimed to be in principle the continuation of the Roman Empire which ruled basically all of what is now Germany, as well as pieces of Italy, Austria, the Low Countries [nowadays Belgium and the Netherlands] and a few more In the 11th century it was called the Roman Empire and the title Holy Roman Empire was adopted in the 12th century.

Although the borders of the empire shifted greatly throughout its history, its principal area was always that of the German states. From the 10th century its rulers were elected German kings, who usually sought, but did not always receive, imperial coronation by the popes in Rome. 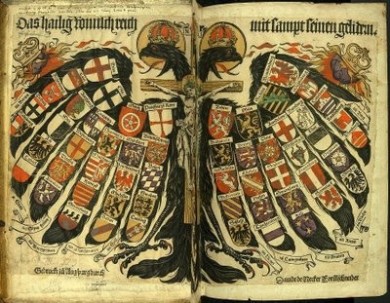