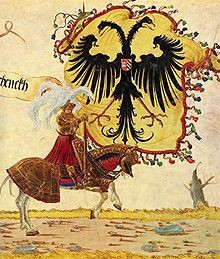 Holy Roman Empire, designation for the political entity that originated at the coronation as emperor (962) of the German king Otto I and endured until the renunciation (1806) of the imperial title by Francis II. The term itself did not come into usage until several centuries after Otto's accession.

The Holy Roman Empire was a successor state to the empire founded in 800 by Charlemagne (see also Carolingians), who revived the title of Roman emperor in the West. According to Carolingian theory, the Roman Empire had merely been suspended, not ended, by the abdication of the last Roman emperor in 476. In 800, Pope Leo III crowned Charlemagne Roman emperor, probably perceived more as a personal title than as a reference to a particular territorial rule. From the death of Arnulf (899), the last Carolingian to hold the imperial title, until Otto's coronation in Rome by Pope John XII, various rulers bore the imperial title but exercised no authority; among them were Louis III, king of Provence, and Berengar I, king of Italy. 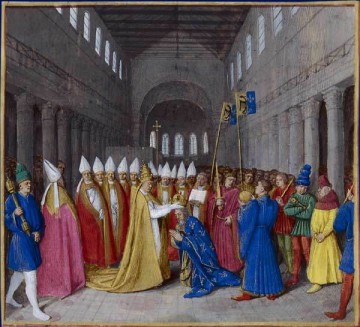 From the time of Otto's reign the imperial office was based on the German kingship. The German king, elected by the German princes, automatically sought imperial coronation by the pope. After 1045 a king who was not yet crowned emperor was known as king of the Romans, a title that asserted his right to the imperial throne and implied that he was emperor-designate. Not every German king became emperor, however, because the popes, especially when elections to the kingships were disputed, often claimed that the selection of the emperor was their prerogative. Despite the fact that the German kingship and the imperial office were technically elective, they tended to become hereditary.

At times the electors, the German princes who approved the succession to the German kingship, exercised real authority in choosing the king, although papal confirmation was still necessary for accession to the imperial throne. In 1338 at the diets of Rhense and Frankfurt the German princes proclaimed the electors' right to choose the emperor without papal intervention. The Golden Bull of 1356 issued by Charles IV reaffirmed this and regulated the election procedure. Emperors continued to be crowned by the pope until after the coronation (1530) of Charles V. Thereafter, following the precedent (1508) of Maximilian I, they were crowned at Frankfurt. Several early emperors were also crowned king of Italy with the iron crown of the Lombards. After 1438 the imperial office was held, with one exception, by the house of Hapsburg.

The empire was justified by the claim that, just as the pope was the vicar of God on earth in spiritual matters, so the emperor was God's temporal vicar; hence he claimed to be the supreme temporal ruler of Christendom. Actually, the power of the emperor never equaled his pretensions. Although the emperors were accorded diplomatic precedence over other rulers, their suzerainty early ceased over France, S Italy, Denmark, Poland, and Hungary; and their control over England, Sweden, and Spain was never more than nominal. The authority of the emperors in Italy and Germany was sometimes nonexistent, sometimes real.

The territorial limits of the empire varied, but it generally included Germany, Austria, Bohemia and Moravia, parts of N Italy, present-day Belgium, and, until 1648, the Netherlands and Switzerland. Some countries (e.g., Hungary) were ruled by the emperor or imperial prince but were outside the empire, while others (e.g., Flanders, Pomerania, Schleswig, and Holstein) were part of the empire but were ruled by foreign princes who held their lands in fief from the emperor and took part in the imperial diet. 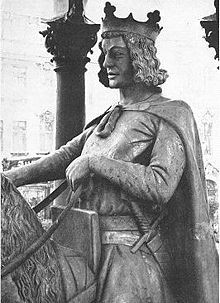 When Otto I became emperor, he renewed the traditions of the Carolingian empire that had been eroding for decades before Arnulf's death. Otto's empire comprised the German duchies, Lorraine (or Lotharingia), Italy, and Burgundy, which had its own nominal king. Burgundy was formally annexed in 1033.

The imperial position, however, was precarious from the start. A conflict over the relationship between the papacy and the imperial throne resulted in the investiture controversy during the reign of Henry IV (1084-1105), who appointed bishops to three sees already under the direction of papal appointees. He was also suspected of tolerating simony and other practices that the pope was trying to curb. In 1076, Henry IV withdrew his obedience to Pope Gregory VII and was excommunicated. Subsequent struggles between the popes Alexander III, Gregory IX, and Innocent IV and the emperors Frederick I and Frederick II concerned papal sovereignty in Italy. The papacy was victorious, and the emperors ceased to interfere seriously with papal affairs except during the Great Schism (see Schism, Great) of the 15th cent. and in the Italian Wars of the 16th cent.

Also untenable was the dual position of the emperors as rulers of Germany and of Italy; geography as well as cultural and political conditions separated the two countries. The defense of the empire against foreign attack was made more difficult by the repeated attempts of the emperors to maintain their authority in Italy against the opposition of the city-states (see commune), the papacy, and the petty princes. Frederick I failed to suppress the Lombard League, which had papal support. Frederick II, after inheriting Naples and Sicily, was primarily interested in Italian affairs; his conflict with the papacy produced the feud between Guelphs and Ghibellines throughout Italy and ruined the imperial authority there.

The death (1254) of Conrad IV, the last ruling Hohenstaufen, was followed by an interregnum of 19 years. Opposing claimants to the imperial crown were unable to exercise authority during this period, and the power of the emperor declined considerably. The election (1273) of Rudolf I as the first Hapsburg German king restored some order, but after his death rival claimants renewed the strife. The effect of continued warfare and weak monarchs increased the power of the German princes, particularly the dukes of the great duchies of Bavaria, Saxony, Swabia, Franconia, Thuringia, and Upper and Lower Lorraine. The Golden Bull of 1356 conceded the princes' dominance over the monarchy.

The emperors maintained some authority against the nobles with the support of the towns and of the great ecclesiastical princes (e.g., the archbishop-electors of Cologne, Mainz, and Trier), who were imperial appointees. As the German towns grew in wealth and power, they entered leagues for defense against the nobles. Since they acted as a counterbalance to the nobility, they were generally favored by the emperors, who made them free imperial cities with a voice in the diet. The power of the emperors, however, had come to depend largely on the size and wealth of the emperors' hereditary domains. Thus, the Luxemburg emperors (Henry VII, Charles IV, Wenceslaus, and Sigismund) and the Hapsburg emperors concerned themselves with their own lands to the detriment of the unity of the empire.

During the reign of Maximilian I (1493-1519) the conflict between the dynastic policy of the Hapsburg emperors and the interests of the German empire (then known as the Holy Roman Empire of the German Nation) became pronounced. The princes attempted to remove the administration of the empire from the emperor and put it in the hands of an imperial council; the council would control all external and internal affairs of the empire. Under pressure Maximilian I created (1500) a council and an imperial court of justice. However, these were only temporary measures, since the Hapsburgs had no intention of pursuing German policy, which would conflict with their dynastic interests, particularly in Austria.

In the 16th century, under Charles V and Ferdinand I, imperial and Austrian affairs were practically identical. This identity was furthered by the Reformation, which generally aligned the German Protestant princes against the emperors, who championed Roman Catholicism.

In the Thirty Years War (1618-48) the emperor, allied with Spain, opposed the Protestant princes, who were allied chiefly with Sweden and France. The struggle ended with the virtual dissolution of the empire in the Peace of Westphalia (1648), which recognized the sovereignty of all the states of the empire; the only limitation was that the princes could not make alliances directed against the empire or the emperor.

Although the imperial title became largely honorific, the outward forms of the empire were retained; the emperors, with their hereditary lands, remained powerful monarchs. While the peace generally legalized the situation that had existed in the empire since the Reformation, it also advanced the growth of particularism and absolutism in the German states. The emperors suffered further loss of prestige in their wars against Louis XIV.

The death (1740) of Charles VI ended the male Hapsburg line, precipitating further conflict (see Austrian Succession, War of the; Seven Years War). While the elector of Bavaria was chosen (1742) emperor as Charles VII, Maria Theresa, daughter of Charles VI, defended her Hapsburg inheritance against the claims of Bavaria, Prussia, and Saxony. By the peace of Hubertusburg (1763), Francis I, husband of Maria Theresa, was recognized as emperor; however, Prussia, under King Frederick II, had emerged as the leading German power. Joseph II, successor of Francis I, adhered to the principles of the Enlightenment; he attempted to rationalize the administration of the imperial government but failed in the face of resistance by the particularist princes, especially Frederick II of Prussia.

During the French Revolutionary Wars the empire was completely reorganized by the treaty of Lunéville (1801) and by action of the diet in 1803. The number of states was greatly reduced, and the remaining states were aggrandized at the expense of the petty princedoms and ecclesiastical estates. In 1804, Holy Roman Emperor Francis II took the title Francis I, emperor of Austria, and after the establishment (1806) of the Confederation of the Rhine under Napoleon I, Francis renounced his title as Holy Roman Emperor. After the fall of Napoleon no attempt was made to restore the empire, but a German Confederation was established that lasted until 1866.