The Archbishop of Vienna is the prelate of the Roman Catholic Archdiocese of Vienna who is concurrently the metropolitan bishop of its ecclesiastical province which includes the dioceses of Eisenstadt, Linz and St. Pölten. The Bishopric of Vienna was founded in 1471. The bishop became a prince in 1631 and in 1722 was raised to archbishopric. Territorial holdings were very nominal. ﻿From 1469 to 1513, bishops from elsewhere were appointed as administrators. The first bishop residing in Vienna was Georg von Slatkonia. From 1861 to 1918, the archbishops, as members of the Herrenhaus, were represented in the Reichsrat of Cisleithania and bore the title of a Prince-Archbishop. 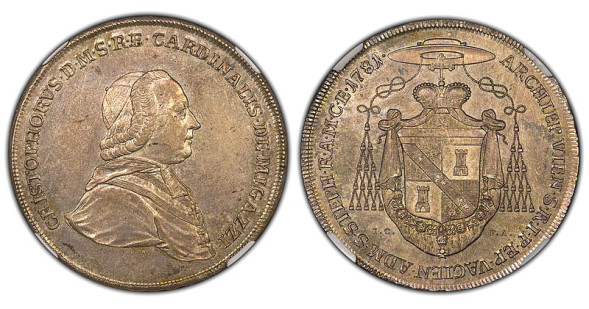