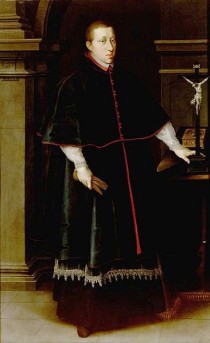 He was invested as bishop in 1598, as a child, even though he had not been ordained as a priest and became Bishop of Strasbourg in 1607, a post which he held until 1626. From 1609 onwards he fought with his mercenaries in the War of the Jülich succession against Maximilian III, Archduke of Further Austria in Tirol, and 1611 for Rudolf II in Bohemia. In 1614, he financed the construction of the Church of the Jesuit College of Molsheim, inside of which his coat of arms is since prominently displayed.

In 1619 upon the death of his kinsman and former rival, he became governor of Maximilian's inheritance: Further Austria and Tirol, where he attained the position of a sovereign, i.e. Archduke of Further Austria from 1623 to 1630. He had the Custom House and the Jesuit Church be built in Innsbruck. He fought for the Veltlin and defended Tirol against the Swedes in 1632.

With his wife Claudia de' Medici, he became the founder of a sideline of the Habsburg family, which persisted until 1665 - the most recent line of Archdukes of Further Austria.