The Lobkowicz family is among the oldest and most distinguished Bohemian noble families and has played a prominent role in Central European history for over six hundred years. Successive generations have held the highest of noble titles, including Princes of the Holy Roman Empire, High Chancellors of Bohemia, Dukes of Sagan and of Roudnice, and Knights of the Order of the Golden Fleece. On a scale unimaginable today, they commissioned magnificent architectural projects and ground-breaking music and collected paintings, manuscripts, books, musical instruments and decorative arts that enhanced their numerous residences and increased their prestige in the courts and circles in which they moved and exerted power.

Early in the 17th century, prior to the start of the Thirty Years’ War, the Lobkowicz family began to assert its role in the Catholic inner circle of the Habsburg court. Zdeněk Vojtěch, 1st Prince Lobkowicz(1568–1628), served as Chancellor to Emperors Rudolf II, Mathias and Ferdinand II. Through the marriage of Zdeněk Vojtěch to Polyxena Pernštejn, numerous properties (including Lobkowicz Palace and Roudnice Castle), important Spanish portraits and books, and great political influence came into the Lobkowicz family. The crucial Catholic victory at the Battle of White Mountain in 1620 solidified the family’s fortunes and enabled the purchase of Nelahozeves Castle in 1623. 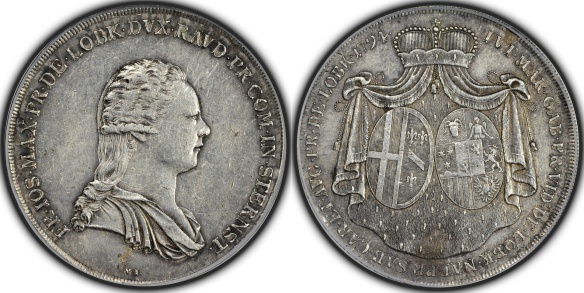 Lobkowitz is still a noble family today. In fact, there is a palace in Vienna that was owned by the Lobkowitz family until 1980. It is presently the theater museum of the Austrian National Library. Franz Josef Maximilian is best known as Beethoven's patron.